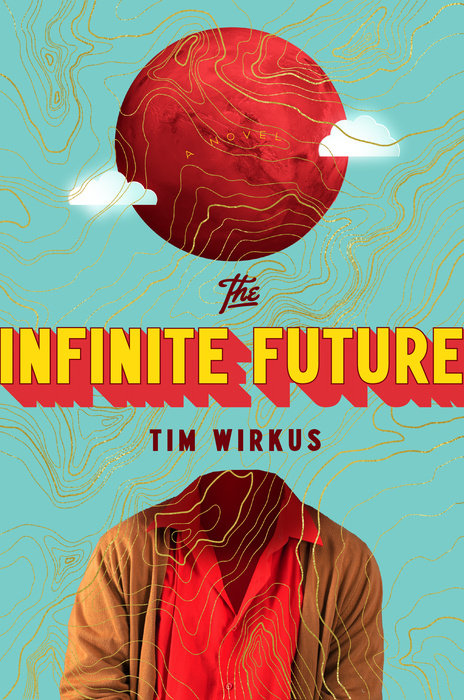 Tim Wirkus’s book The Infinite Future, a novel is set in Utah, Brazil, Idaho, and outer space, may be the truest thing you read about Mormonism in 2018. At first, the book appears to be about three companions brought together by their obsession with a forgotten Brazilian science fiction author, Eduard Salgado-MacKenzie. Danny, the most prominent narrator, is a recent BYU graduate with no prospects and a bad case of writer’s block. In his efforts to find his way out of Provo (and his post-graduation slump) he finds himself in the unlikely company of Sergio, a Brazilian sub-librarian in São Paulo, and Harriet, an excommunicated Mormon scholar. Inspired by their love of Salgado-MacKenzie’s work, the three set off to uncover the truth about the mysterious author’s identity, and to discover whether his unpublished masterpiece—The Infinite Future—actually exists. The second part of the book is the unpublished manuscript itself, a sci-fi tale set in a distant future in a remote location in the outer reaches of space.

As with his first book, City of Brick and Shadow, The Infinite Future poses an irresistible mystery right from the start. Who is Salgado-MacKenzie? Why did he stop writing? What inspiration lies at the heart of his creative work? Can Salgado-MacKenzie’s alleged masterpiece (titled The Infinite Future in the story) improve upon his less-aspirational sci-fi stories? In The Infinite Future, as with his first book, Wirkus ultimately settles on a thesis about such questions. That is, the discovery of truth is often secondary to the search itself. In fact, the payoff of resolution hardly seems to matter when the reader becomes entangled with the book’s many questions.

If you’re like me, you’ll enjoy the neat comparison that arises between fiction (in this case, pulpy science fiction) and religion, an exercise that begs the question of whether something needs to be factually true for it to create meaning in our lives. The book also contends with existential imaginings of the afterlife. Indeed, this seems to be a major theme in The Infinite Future as well: is the prospect of eternal life (especially the Mormon version) more beautiful or terrifying for those of us still living?

Scattered throughout the book are some true narrative gems, particularly for Mormon feminists, many of whom will see themselves represented in Harriet, the excommunicated Mormon scholar. Wirkus’s description of her excommunication is equal parts heartbreaking and spot-on. As I read the story of her interactions with priesthood leadership, I saw myself sitting in my bishop’s office, listening to the same well-meaning lectures on intellectualism, feminism, and my own apparent lack of faith. These scenes will resonate with anyone who’s been bullied by their church leaders for speaking or writing openly about the church’s less-than-glossy history.

To me, it also felt important to see this story told from a woman’s perspective. This narrative choice will not be lost on Mormon women, many of whom find ourselves under deeper scrutiny than our priesthood-bearing counterparts. One case in point is Adam Miller’s recent BYU address. This is not to speak disparagingly of Miller’s message, indeed his words were well-chosen and deeply needed in our community. But it does reflect the disparity between how progressive-leaning men and women are treated in the church. While Miller was lauded as a trailblazer, women who have expressed similar views have been treated with contempt for decades. Wirkus’s account of Harriet’s excommunication will feel vindicating for many women who have found themselves on the wrong side of the bishop’s desk.

Another charming aspect of the novel is how often the book gives its microphone over to its many female characters. The chief protagonist in the fictional Salgado-MacKenzie’s work is a starship captain named Irena Sertôrian, a woman whose space-time exploits catapult her into legendary status. Her appearance in The Infinite Future, and the layered examination of her identity, motives, and character, give her a level of depth typically reserved only for complicated male characters. It was refreshing to see women included in the fictional religious canon of The Infinite Future, particularly as our actual canon is so lacking in female representation.

In truth, all the female characters in The Infinite Future are written well, even the minor ones. Wirkus includes multidimensional depictions in his writing as a matter of fact. The Infinite Future depicts a world where normal women exist, not as cheesed-out stereotypes of Strong Female Leads, but as actual people.

In the end, readers will relish in the chance to dance around sticky philosophical questions raised by The Infinite Future, and both men and women will enjoy seeing relatable representations of themselves on the page. Anyone who’s interested in untangling literary puzzles will have plenty to chew on, though these additions will not distract readers who just show up for the plot. The Infinite Future is richly layered, funny, and mind bending in its own right. Though the narrative structure of the book is somewhat unconventional, keen readers will appreciate its depth and craftsmanship, as well as its engrossing storyline. If you read one work of fiction this month, make it The Infinite Future.

Available in hardcover, ebook, and audio (the voice acting is phenomenal, so listen to it if you can).

Becca Ogden earned her BA, MA, and MFA in English at BYU. She lives in a little pioneer house in downtown Provo with her husband, their two children, and an ornery cat named Draco Meowfoy.